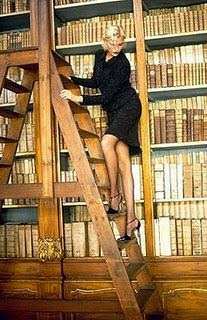 For the next several weeks, I will be exploring the relationship between the Economist, the Poet, and the Historian. As you know, I have written rather extensively about the two sides of my mind as embodied in the tension between the Poet and the Economist. My poetry site, in fact, is called "PoetEconomist" for this very reason. I have used this simple binary as a totem to my creative output and general worldview. In short, the Poet has represented my soulful and lyrical side; the Economist my logical and structured. I have prided myself on what I've considered a clever new dialectic. I have allowed this dialectic to, in a simple site-byte, give my readers a quick and rather uncomplicated way to characterize what I do.

At least that's what I thought.

At a recent event at which I was invited to participate as a poet, but based on my credentials as the author of Momentitiousness, I found myself clarifying what the PoetEconomist avatar really means. It was a continuation of a two-minute conversation that I was lucky enough to start--but never finish--amidst a TV interview during National Poetry Month. Of course, this is the parsing that cannot occur in a matter of seconds.

The next installment in this series will address, in greater detail, this process.